Going from hundreds of signals to a tourism trend radar 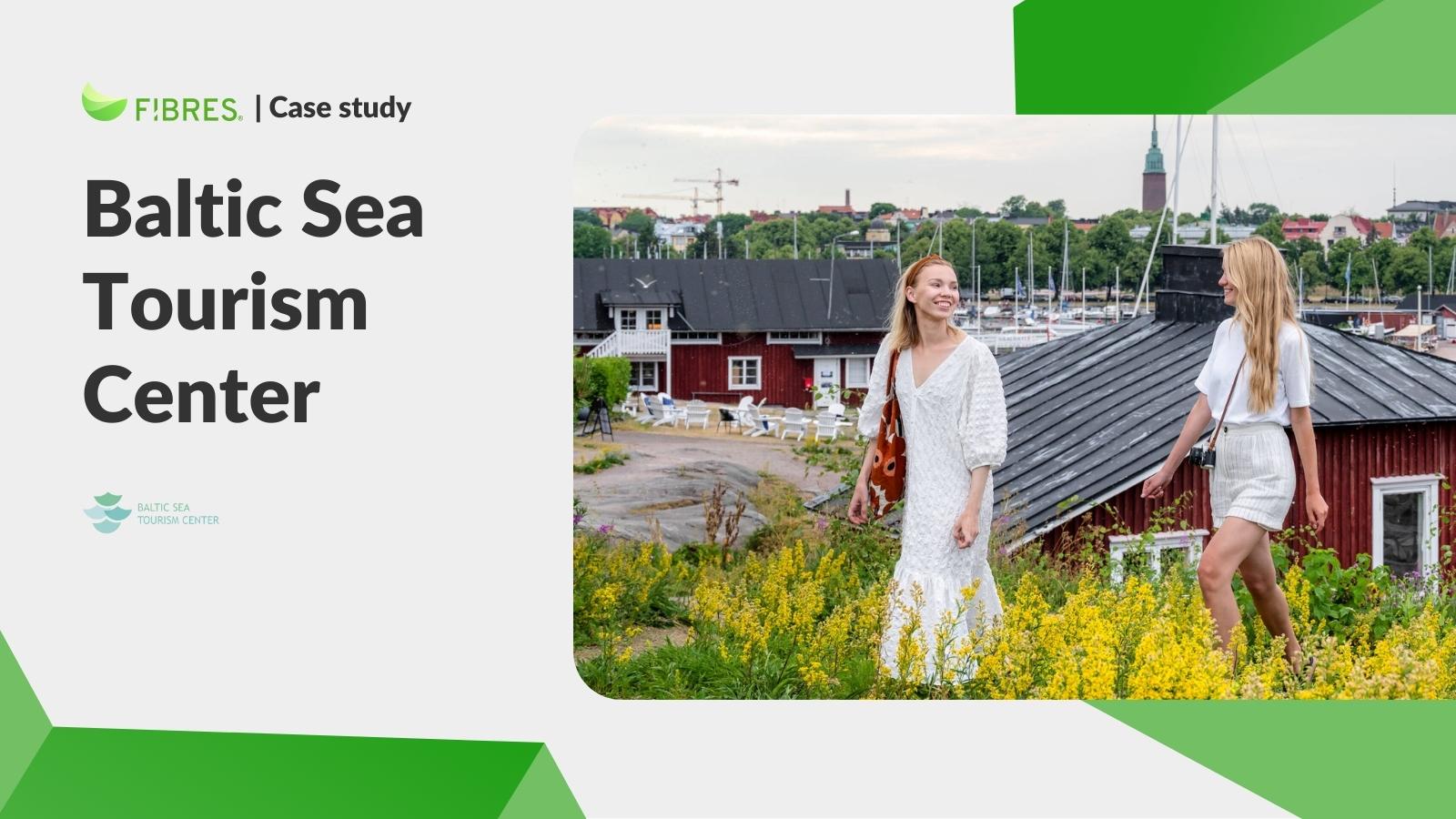 There's a lot of information on tourism trends globally – but which ones are relevant for tourism in the Baltic Sea? That's what 7 researchers and students set out to discover with the help of FIBRES.

Björn P. Jacobsen, professor of management studies and international management at Hochschule Stralsund, was tasked with leading the project, which was commissioned by the Baltic Sea Tourism Center (BSTC).

Björn was familiar with FIBRES from an earlier research project at the University of Turku. He'd been working on general foresight for the food processing industry with 80 other people. 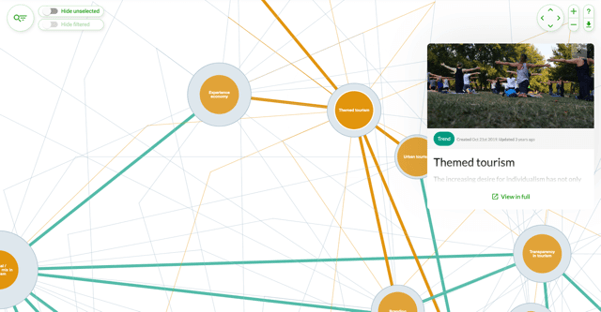 With such a broad topic and a large group participating, it quickly became apparent that collecting and making sense of the information was a near impossibility without a foresight tool.

"The biggest problem is structuring and analyzing large amounts of information. You have research papers on your desk, hard-drives full of trend reports, pictures from exhibitions, bookmarks to interesting web articles, all just lying around. It's all unstructured and you have no way to share it with others involved."

Luckily, Björn was introduced to FIBRES. The foresight tool enabled him and his colleagues to finish their foresight project with flying colors. So, when faced with BSTC's project, Björn quickly knew which way to turn to set his team up for success.

"We were quite surprised how fast we could get up to with FIBRES. We're not trend researchers or 'foresight gurus' – foresight is just one of the things we do. We needed a tool that wasn't too complex for the task at hand, and FIBRES fit that purpose perfectly, as it was easy to use for someone not so immersed in different foresight methodologies, but just in need of drawing conclusions from a broad topic."

They'd also give credit to their own ideas and experiences, born from either personal experience of a tourism service or even intuition.

Whenever they came across something noteworthy, they'd save it to FIBRES for further processing. In FIBRES, new findings can be easily created from web links, PDFs, images, or videos, making it easy to collect all kinds of relevant data in one place. 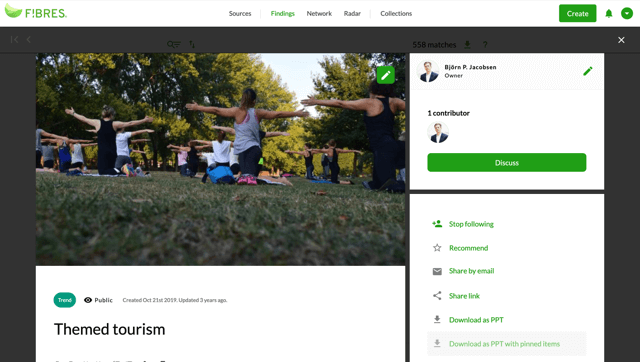 The next step was making sense of the information. FIBRES helped the BSTC team do this by providing a way to structure the data.  With FIBRES, it's possible to tag your findings, organize them into signals, signal clusters, trends, and megatrends, and link related findings together.

The research group made use of these features in the following way:

If they'd notice an even larger development, they'd create a trend, and again link all related signals and signal clusters to it. So they'd work until the data started forming a bigger picture, going from seemingly unrelated signals to a set of distinct patterns, developments, and trends. 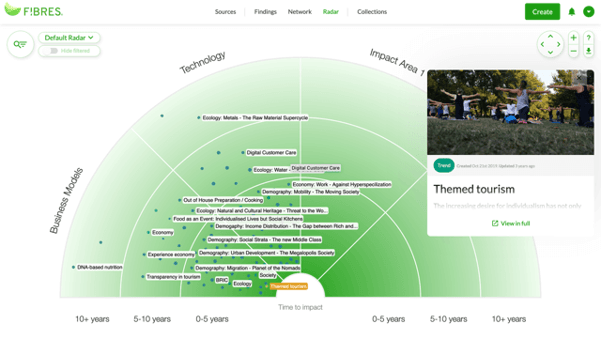 This phase is was aided FIBRES' AI features. Instead of having to scroll through the signals and spot patterns by hand, FIBRES suggests possible linkages based on similarities it finds within the data. It's then up to the human users to accept these linkages or dismiss them.

"What would I do if FIBRES didn't exist? I'd probably need 60 students to help me analyze stuff! The value in FIBRES is how it helps us organize information, make it available for everyone in our team, and give it meaning. If we didn't have that possibility, it would be real problem.  We'd have a lot of information but no way to make sense of it. In essence, FIBRES helps us create value out of information. "

Finally, the public Tourism Trend Radar report was written based on the work that they had done in FIBRES, making the data digestible and actionable for BSTC and its stakeholders.

Milla Lappalainen is head of marketing at FIBRES. She's excited to learn foresight best practices from the top organizations in the world already running their own foresight workflows and to share those learnings with others.